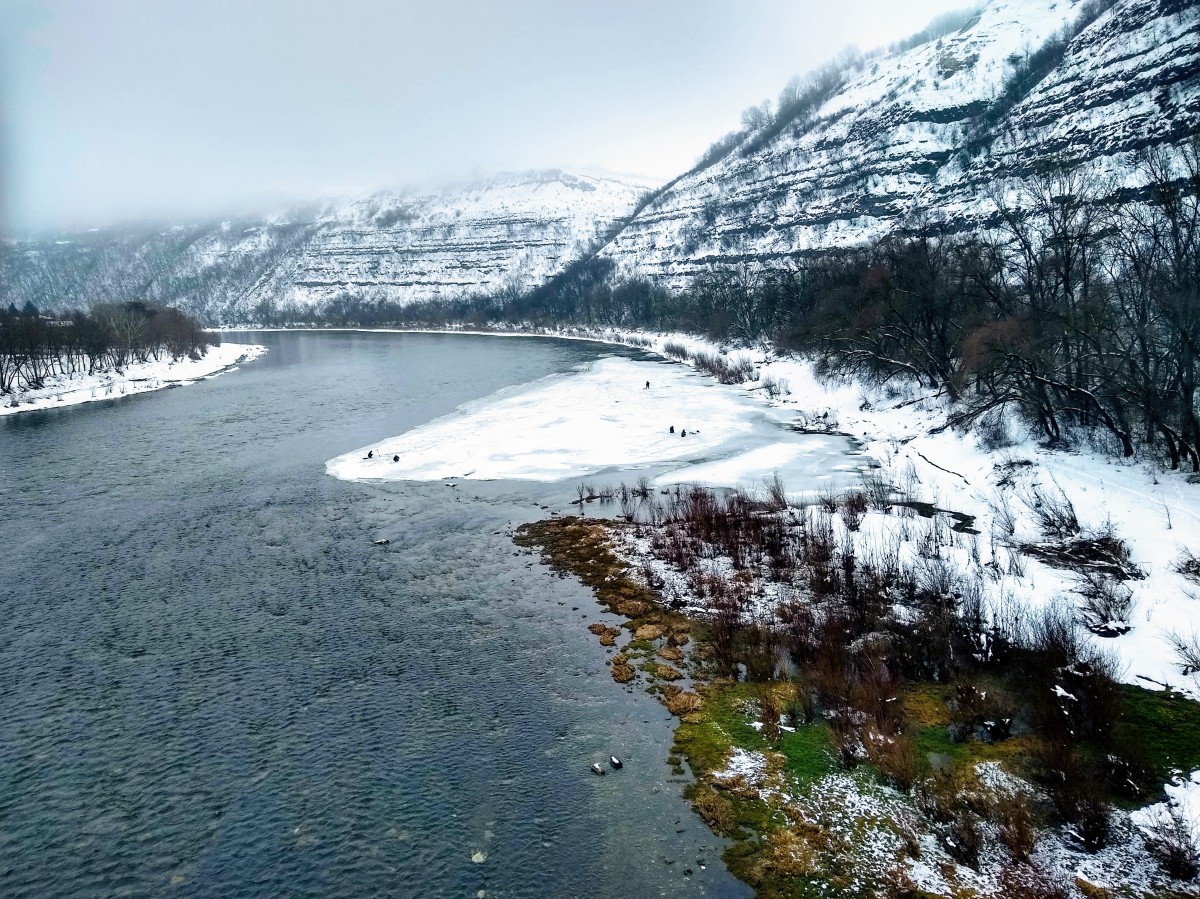 We have had a lot to enjoy over the last few months, and have a lot to look forward to in the coming months. We just moved into our apartment and had a week-long visit to the city of Lviv for a Peace Corps Training. What’s next is a short vacation to Florence, Italy, spring in Ukraine, and then some large work projects over the summer.

For a couple Americans in Ukraine, living with a host family was strange, but also a huge blessing. We lived with and got to know an amazing and kind family, and we got to experience things we wouldn’t have been able to otherwise, especially during the holidays. It was time though to move to our apartment, and it has been a fun adjustment, and nice having our own space and the ability to host guests. The biggest part of being on our own though is that we are now able to buy and cook our own food. Our typical dinners so far have been something like rice, potatoes, or pasta with meat (usually chicken), along with whatever vegetables are available (which in February is mostly just carrots, onions, and bell peppers). It’s nice however to be able to use our own flavor!

We got to spend Valentines Day in Lviv

The best part about our recent “Project Design Management” training was that it took place in the center of Lviv. It’s an amazing city in western Ukraine (about 6 hours from us), that feels more like a European city than it does a Ukrainian one. Lviv used to be apart of the Austrian-Hungarian empire, and therefore was built by mostly by Austrian-Hungarian people, thus making the architecture distinctly less of a post-Soviet style and much more European. Since becoming a Ukrainian city, and mostly within the last 15 years, it has become a big tourism hub, being famous for its chocolate, coffee, craft beer, and it’s “experiential” restaurants. It’s sort of like the Seattle of Ukraine in that sense. 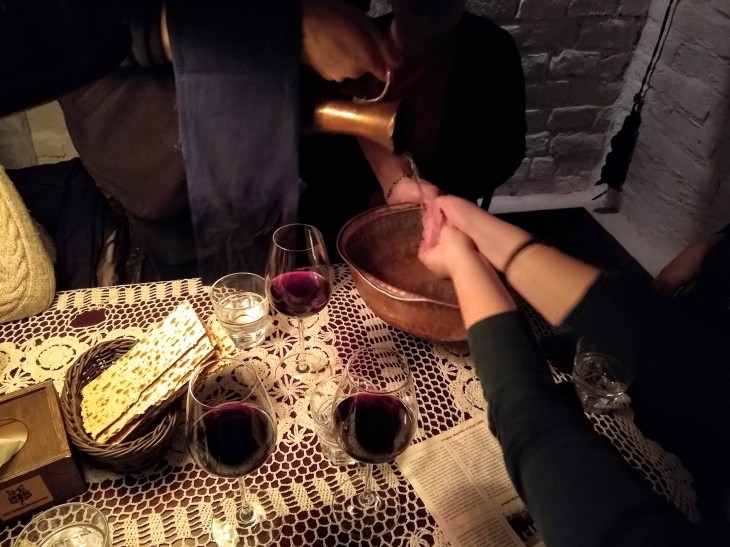 Before our dinner at a Jewish restaurant in Lviv, this was a hand washing ceremony of sorts. We also had to barter for the price of our meal at the end.

On the horizon for us is a trip to Florence, Italy to both visit a couple friends and to see a long dreamed of destination (for both of us, but especially Chris). We are greatly looking forward to the food of course, but also enjoying a new city with its own history and culture. We then will return to our site with spring right around the corner, and the tourism season along with it. There are also a few projects in the pipeline for both of us. Jessica is working on a  national teacher training event and Chris is working on a national forum for female government officials to inform and equip leaders regarding the ongoing economic and democratic reforms in Ukraine. We will share more on these projects at a later time.

Jessica peaking out of a rooftop chimney kind of thing. This was at one of those “experiential” restaurants where each floor of the restaurant was a different theme based on Ukrainian legends.