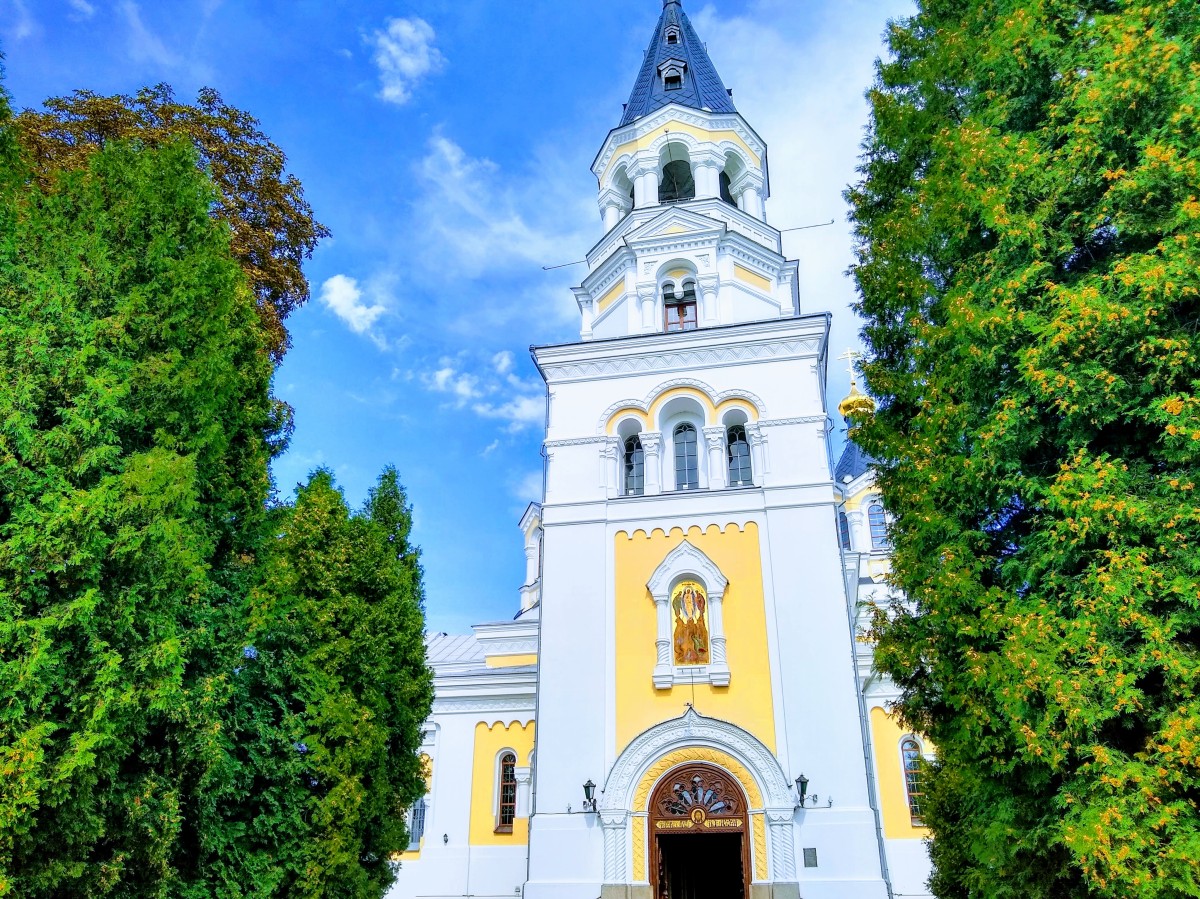 We have one week left in Zhytomyr before we will move to our permanent site in Western Ukraine. But this has been home for the last 10 week during Pre-Service training and is where we’ve learned how to start navigating life in Ukraine. 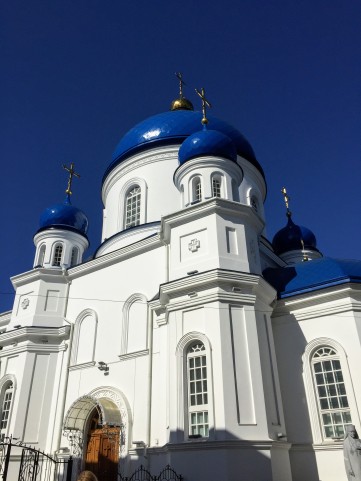 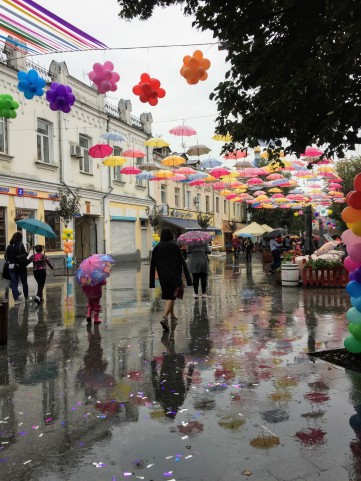 Mykhailivska Street in the city center. A pedestrian street lined with shops, it also has a stage and is the place that festivals and celebrations happen. 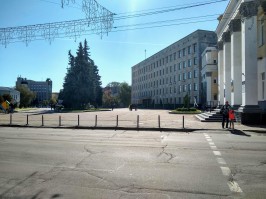 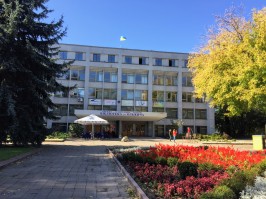 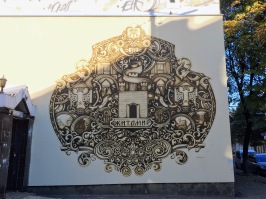 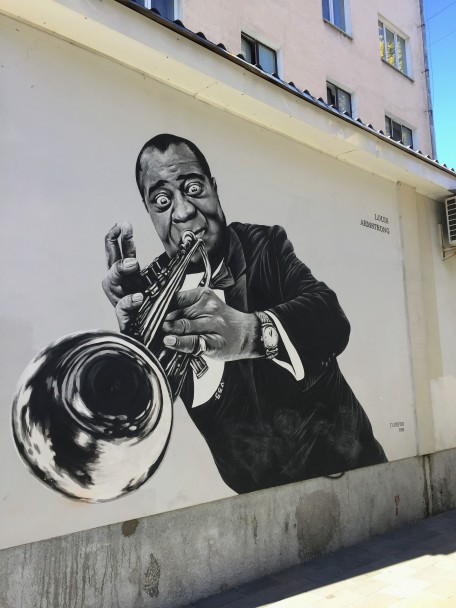 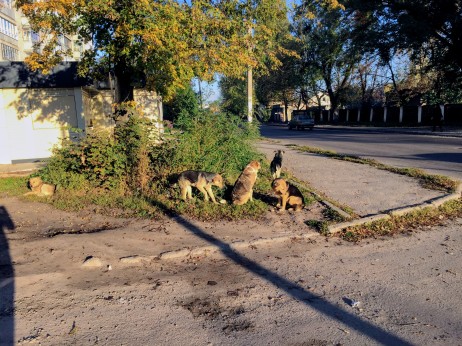 Stray dogs are all over Zhytomyr. They are perfectly friendly. Chris’ cluster partners with an NGO that works to spay and neuter them, in an effort to decrease the population. 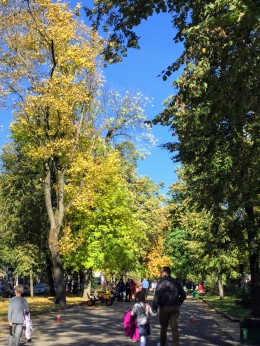 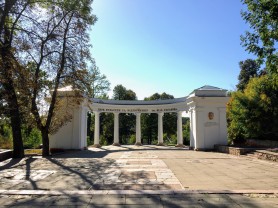 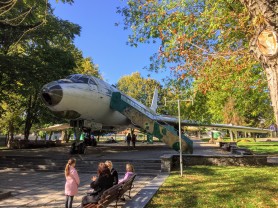 A former children’s theater, now simply an old plane in a park.

The Tetrika River as seen from the bridge at Gargarin Park 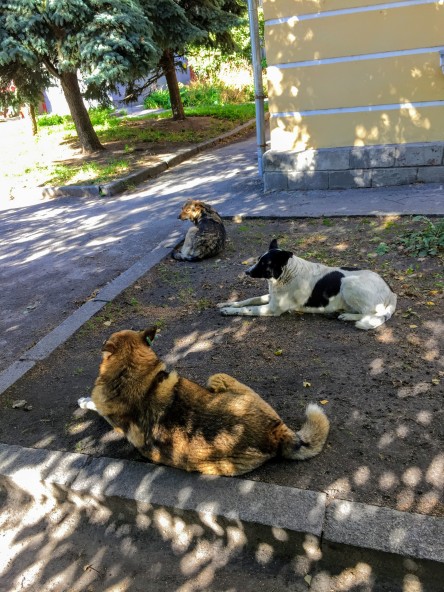 Stray dogs. The tags in their ears mean they have been spayed and neutered by the NGO that Chris works with. 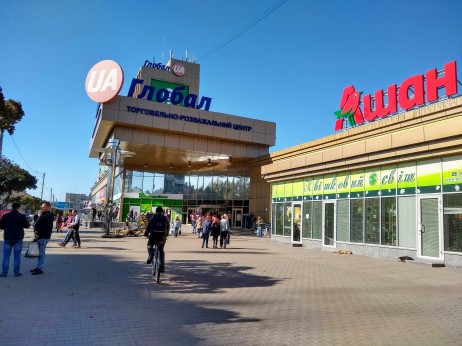 Global, the big mall in town 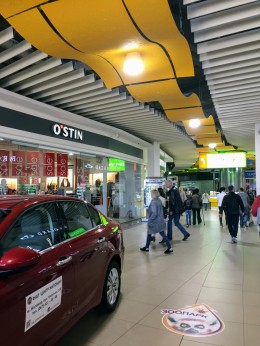 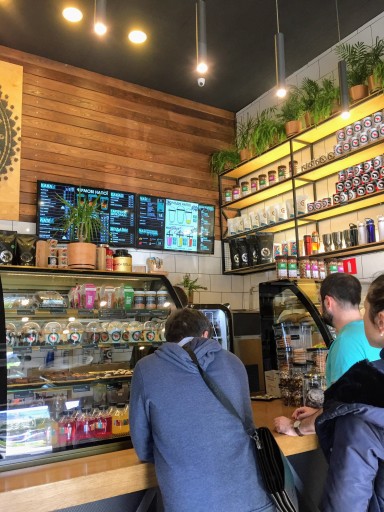 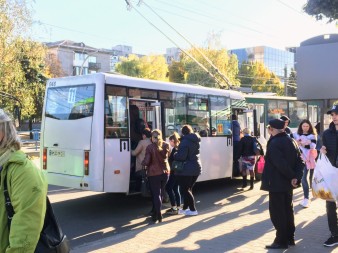 The main form of public transportation here in Zhytomyr is a mix of marshrutkas (like #11 pictured here) and city buses. They cost 3-5 hryvnia to ride and they run mostly from 6am-10pm. Often they are standing room only. A marshrutka like #11 might be packed with up to 30 people between those with seats and those standing in the aisle. We ride them daily. 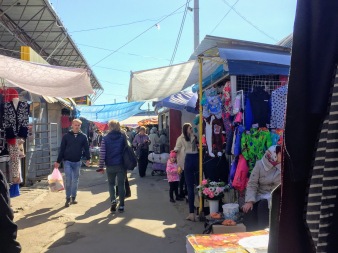 The main bazaar. The bazaar is filled with stands which sell everything from shirts to shoes to pots to eggs to cheese to batteries. If you want it, it can be found here (mostly). 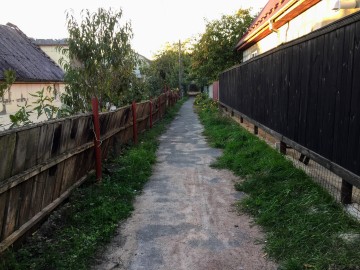 We arrived in Zhytomyr on August 20th, and we will leave Zhytomyr and go to Kyiv on October 22nd. After spending 4 days at the Transition to Service conference and meeting our counterparts, we will finally swear-in as Peace Corps Volunteers on October 25th. That evening or the next day we will, accompanied by our counterparts, take a 13 hour train ride to our permanent site, where we will be living for the next 2 years.